Why Conflicts with Small Crash Likelihoods are Still Meaningful to Analyze

Transoft Solutions (ITS) Inc. > Blog > News > Why Conflicts with Small Crash Likelihoods are Still Meaningful to Analyze
Share this post on:

In every interaction between two road users, factors such as drivers’ inattention, road surface, vehicle conditions, traffic situation, etc. have the potential to lead to a crash (Reason et al., 2006). This means that in the case of a collision, the crash might not have taken place if all crash-potential factors were not present at the same time. The same logic can be applied to any successful traffic encounter; if one or more factors had been different, each successful encounter between two road users has the potential to result in a collision.

With this in mind, all traffic events can be defined by how close two road users were to colliding and the severity of the consequences if the interaction were to have resulted in a crash. This is also reflected in the safety pyramid, which is widely used to demonstrate that crashes represent an extreme on the severity spectrum of all traffic encounters. 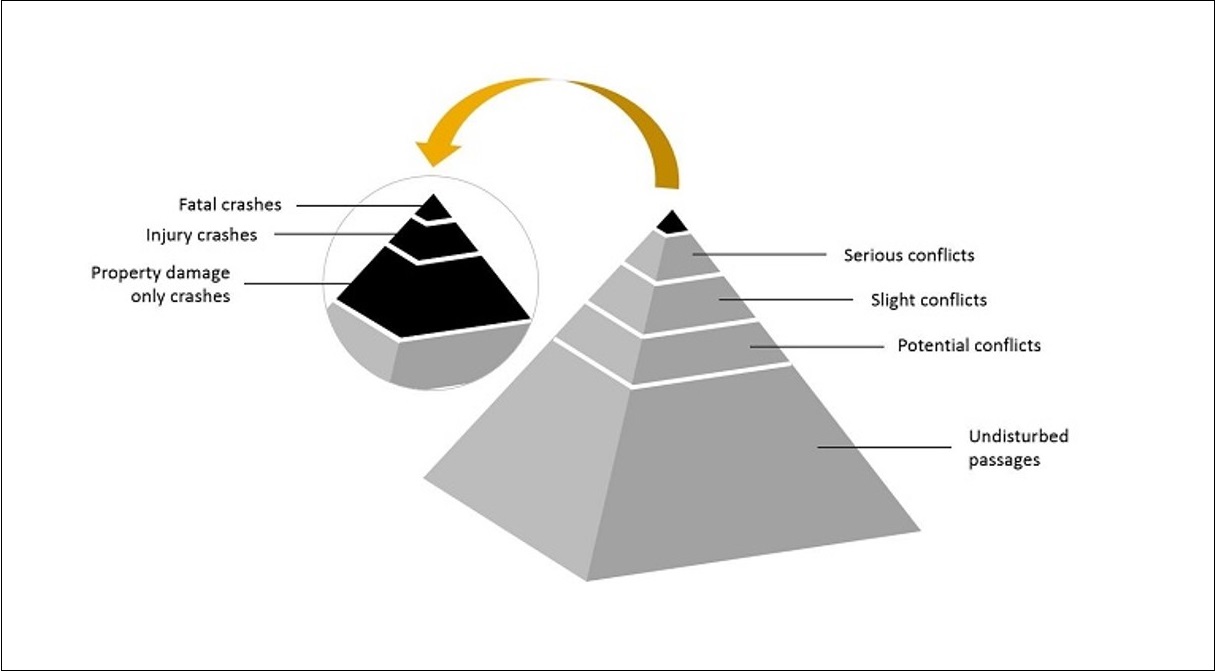 Research findings suggest that even normal traffic events contain information that can be applied to make road safety assessments. For instance, Meng et al., (2012) analyzed rear-end conflicts in two urban road tunnels in Singapore and concluded that vehicles are exposed to dangerous situations when TTC is lower than a threshold value of 2 seconds, but events with a TTC lower than 4 seconds are still meaningful for developing a conflict-crash relationship.

This is not limited to TTC. Songchitruksa and Tarko (2006) examined the frequency of right-angle collisions at signalized intersections using the safety measure of PET (Post-encroachment Time) and found that a PET threshold as large as 6.5 seconds gives the best-fitted model for site-aggregated crash count. 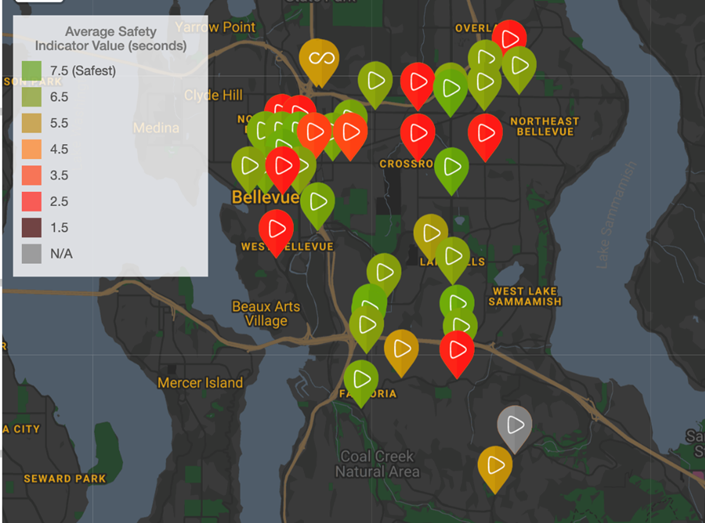 In addition to having research value, these successful events with larger PET and TTC values could have resulted in a crash had one or more factors in the interaction been different.

Therefore, one is at the expense of losing meaningful information if attention is paid only to events that look dangerous. To fully take advantage of near-miss analysis, one needs to look at the complete profile of road users by considering a wide range of interactions that include both high and low collision likelihood events.

It is also important to mention that these methodologies have only been shown to work with aggregated events; therefore, this method cannot be applied in a disaggregated method with individual conflict events. Like crashes, critical conflicts are rare events, especially when collecting data for a short period of time. Therefore, aggregating events helps by providing a larger pool of conflicts to use to build a relationship between traffic conflicts and crashes which in turn, helps strengthen the reliability of performing analysis using safety interactions. 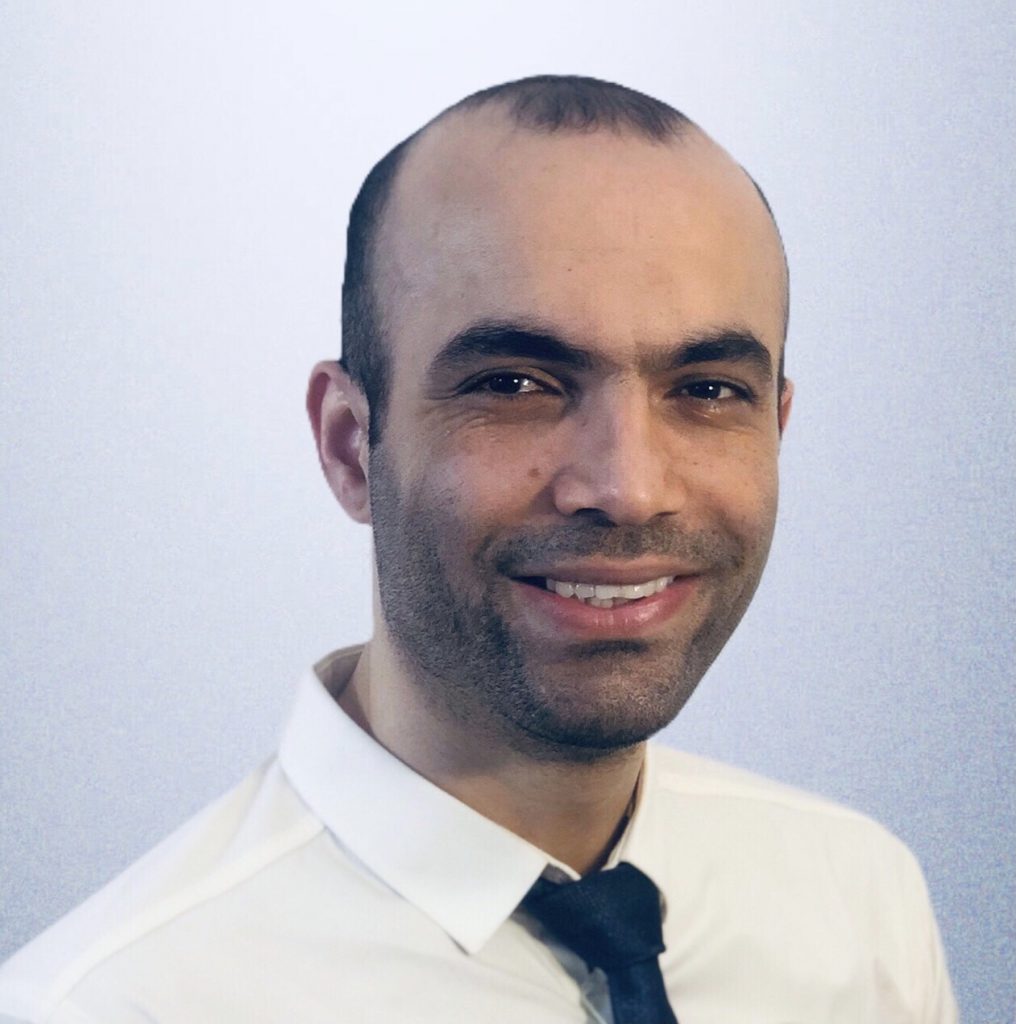 Dr. Alireza Jafari has over 7 years of experience in road safety analysis. He specializes in developing statistical models for road safety assessment. He has published several journal articles in this field. His research on conflict-based crash prediction models has won national and international awards, including the best research and evaluation paper at the CARSP conference, 2019.