The objective of the study was to carry out a cross-sectional safety study of four roundabouts in Oakland County by analysis of video data using surrogate safety methods. Surrogate safety measures such as trajectories, speeds, volumes and conflicts were extracted from the collected video and used to determine the level of safety between several movements at each of the four roundabouts. Using the results from the surrogate safety study allowed for identification of the main cause(s) of the conflicts at the roundabouts in order to better plan for future road safety interventions.

Transoft Solutions hired a third-party video data collector to set up cameras at the roundabouts which recorded video for a total of 60 hours over five days at each roundabout. After calibrating the videos and defining the movements of interest, Transoft processed the video data to obtain several safety indicators including Post-encroachment-time (PET), vehicle speed, road user type, and road user arrival patterns. 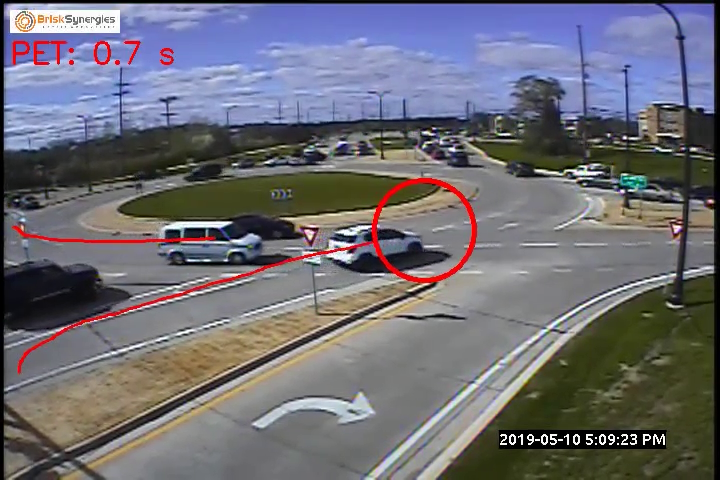 Figure 1. Screenshot from conflict video showing entering vehicle entering and cutting in front of a circulating vehicle,
leaving only 0.7 seconds of response time.

Conflicts between vehicles circulating in the outer lane and cutting across to the inner lane, conflicting with vehicles exiting the roundabout were also of concern (Figure 3). While the rates of this conflict type were not of particularly high frequency, rates of the vehicle in the outer lane cutting in front of the vehicle behind it, which presents an elevated level of risk, occurred in 42-57% of cases. 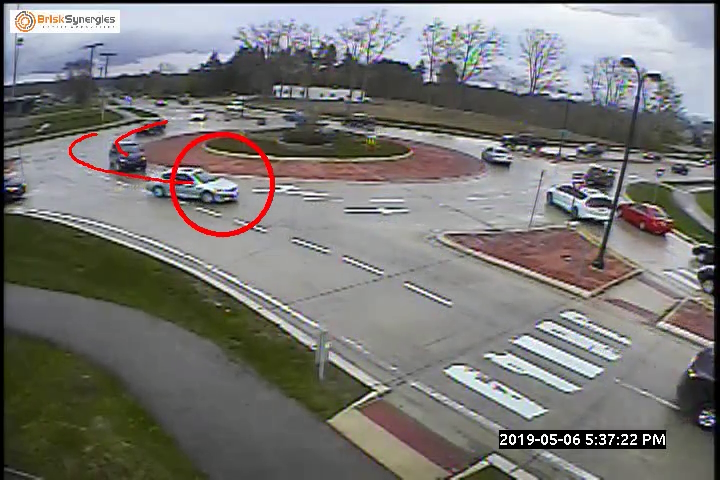 Overall, over-speeding issues as well as a high frequency of unexpected movements at the roundabouts were identified as the two main factors resulting in conflicts and possibly collisions.