Video-based conflict analysis was completed at two intersections located at approximately 1,075 feet apart along US-101 in the City of Salinas, located in Monterey County, California. Results were used to identify contributing crash factors and potential safety problems to better inform interchange design options to CALTRANS and the County. Vehicle movements were analyzed using TrafxSAFE Plus (previously BriskLUMINA) – Transoft’s fully automated conflict (near-miss), surrogate safety analysis. This case study will look at the automated road safety study results from one of the high-risk intersections along US-101.

A collision analysis between 2014 and 2018 found a total of 165 fatal and injury crashes (figure 2). A higher proportion of collisions occurred at one particular intersection compared to other intersections along the corridor (figure 3). 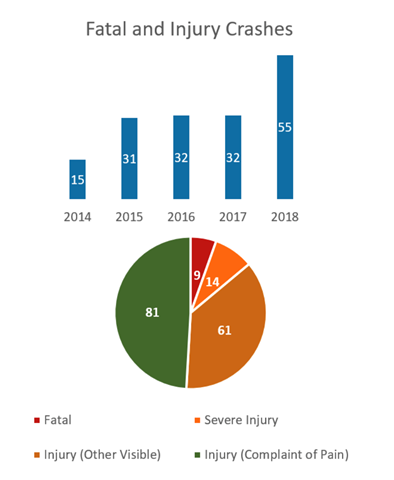 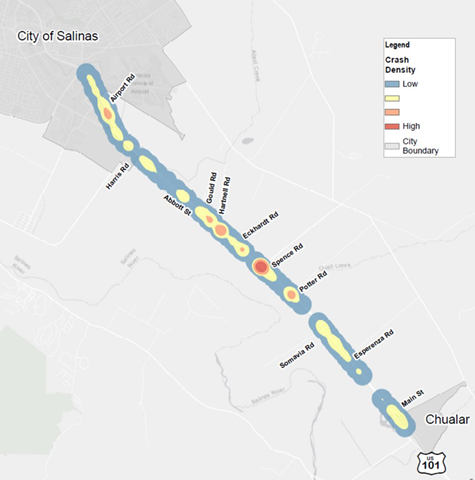 Figure 3. Fatal and injury crashes by location along US-101.

For vehicle movements, the AM peak occurred between 7:30 a.m. and 8:30 a.m. and the PM peak occurred between 4:00 p.m. and 5:00 p.m. Northbound and southbound through volumes were very high at the peak hours and throughout the day, while other movement hourly volumes were quite low. It is also important to point out the significant difference in northbound and southbound left-turn volumes.

The 85th percentile speed for northbound and southbound through movements were both approximately 75 mph. Given that the posted speed limit is 65 mph, this indicates that road users tend to over-speed at this location.

Figure 4 below shows the number of conflicts for the two scenarios with the largest number of interactions. Conflicts between other movements were not statistically significant and were therefore not included in this analysis. It is apparent that the movement pair with the highest frequency of conflicts is between southbound left turning vehicles and northbound through vehicles, as seen in Figure 5. 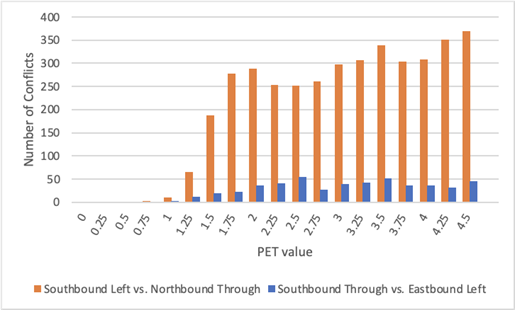 Figure 5. Conflict video of a close interaction between a southbound
left turning vehicle and northbound through vehicle.

How Did GHD Use This Data?

GHD’s role in this project was to design layouts for preliminary interchange options. According to GHD’s Transportation Engineer Rashod Gibson,

“The near miss and speed data played a big part in validating the need to close the existing 101 left turns and the subsequent optimal location for the proposed improvements needed to offset the impacts of the restricted turning movements.  The data furthermore helped with determining the specific alternative options and geometrics at this stage.”