What is Surrogate Road Safety and Why We Use It

Transoft Solutions (ITS) Inc. > Blog > News > What is Surrogate Road Safety and Why We Use It
Share this post on:

Surrogate safety measures have been used since the late 1960’s to analyze road safety. Since then, there have been many advancements in the methodology and technology used. Due to the advantages of using surrogate safety methods, it is the foundation for the video-based analysis we offer at Transoft Solutions.

Traditionally, road safety analysis uses collision data to determine collision probability, but there are several disadvantages to this method: 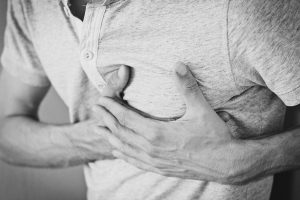 For these reasons, many road safety practitioners have been turning to surrogate safety methods. Surrogate safety analysis techniques attempt to shortcut the data collection cycle by identifying specific surrogate indicators that are highly correlated to risk of collisions and occur much more frequently than crashes but might otherwise not be reported through the traditional channels. In contrast to collision studies, which require many years of data, surrogate safety studies only require 30-60 hours of video footage from almost any kind of camera, making it a time and cost-effective method.

Road user interactions follow a hierarchy ranging from undisturbed passages (no interaction or proximity whatsoever) all the way up to fatal crashes. This is illustrated in Hydén’s4 pyramid in Figure 1.

The origin of conflict analysis

While safety analysis using surrogate methods has gained popularity in recent years, its earliest form originated in the 1960’s and was developed by General Motors9. The simple definition of a conflict was: “Discrete, observable events involving two or more road users, in which the action of one road user causes the other road user to make an evasive maneuver to avoid a collision.”8 Throughout the 1970s and 1980s similar methods were then developed in England2, 10, Israel1, Sweden4, the United States8, Canada7 and elsewhere. However, the early methods used in-field visual observations, which presented issues like subjectivity, reproducibility, and non-transferability. Over the years, advances in technology and conflict analysis methodology have evolved to allow for more uniform and precise estimates.

Today, technology has allowed for use of surrogate safety analysis methods that are more transferable. Computer vision allows us to monitor and measure the displacements of ALL road users within a traffic scene to a high degree of precision, in an affordable, repeatable, and unobtrusive way, without the challenges of human fatigue and bias. Figure 2 shows how computer vision is applied to detect, classify, and track multiple road user types in a typical traffic scene.

Using video collected from almost any traffic or video camera, practitioners can apply objective measures of safety indicators which measure both the probability (likelihood of a collision), as well as the expected severity of a collision. The most common and notable measures of collision probability are Post-Encroachment Time (PET) and Time-to-Collision (TTC), as they directly measure the amount of time road users allow themselves to avoid potential interactions. Other measures of collision probability include Deceleration to Safety Time 3, Proportion of Stopping Distance5, and Deceleration Rate to Avoid Crash6. Figure 3 highlights how Transoft’s TrafxSAFE suite of solutions measures collision risk using PET to estimate the probability of a collision, as well as a combination of speed, road user classification, mass, first to arrive, and conflict angle to gauge collision severity. 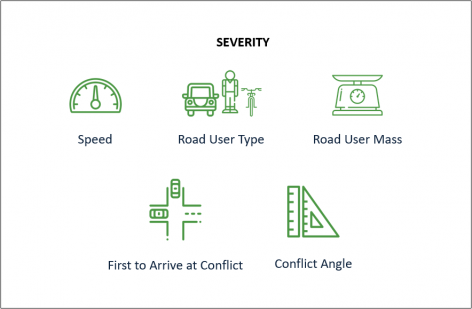 The value of good data

Crash data is important, but does it tell the full story of what is happening today? Understanding risk exposure is the key to prioritizing road safety improvements for all motorist and vulnerable road users. Transoft’s video-based road safety solutions helps practitioners take a granular, more proactive approach to identifying and evaluating safety concerns. By focusing on serious conflicts, we can make the most of our resources to prevent collisions from happening. 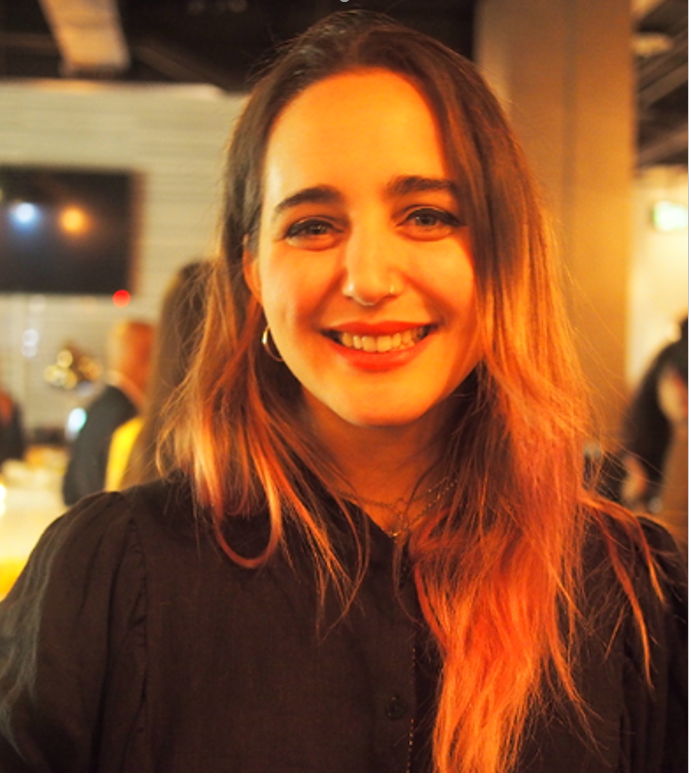